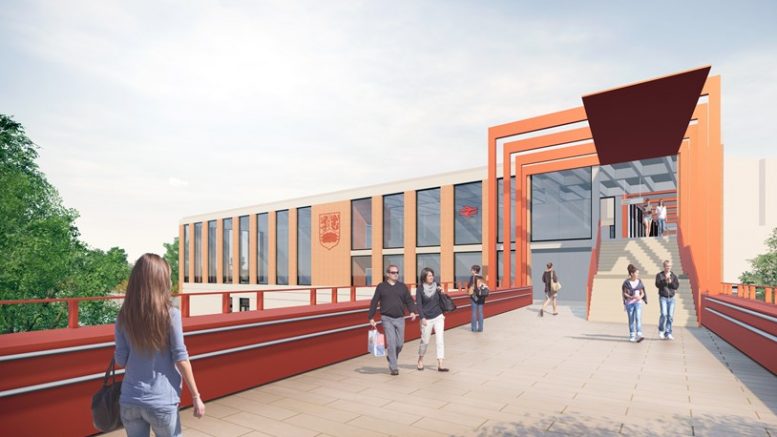 This approval for the development means that work can start later this year on building a new fit-for-purpose station with modern facilities and capable of handling 7.2 million passengers a year.

The current 1970s built station is one of the busiest in the region and badly in need of redevelopment to accommodate the four million passengers a year who use it, while allowing for future growth.

Transport for West Midlands (TfWM), which is part of the WMCA, is leading a consortium including the University of Birmingham, Birmingham City Council, Network Rail, West Midlands Trains and the Greater Birmingham and Solihull LEP to fund and develop the project.

Mayor of the West Midlands Andy Street, who chairs the WMCA Board, said: “I am delighted that the full business case for the new University Station has been approved by the board, meaning we can now get on and start building the new station ready for the Commonwealth Games in 2022.

“Over the last decade or so we have seen huge growth in both the university campus and the hospital site, making University one of the busiest railway stations on our network – but also in need of a major upgrade.

“By working collaboratively with partners across the city, in just a few short years we will be able to offer those many millions of passengers a brand new state-of-the-art station, which is fit for purpose.

“Not only is this project a brilliant example of teamwork and our ambition to improve public transport across the West Midlands, but infrastructure investments like these are also going to be critical to the region’s economic recovery from coronavirus.”

The new station, along with the provision of extra rolling stock from West Midlands Trains from 2021, will allow even more staff, visitors and students to take the train and avoid traffic queues on the congested A38.

Cllr Ian Ward, WMCA portfolio holder for transport and leader of Birmingham City Council said:”This new station will not only provide a magnificent gateway to Birmingham for those visitors coming for the Commonwealth Games, but for the many more who pass through here day in, day out.

“Not only that but improved public transport is vital if we are to meet the climate challenge and clean our air. Getting more people onto trains across the region is one of the key elements of our work to reduce traffic congestion and reliance on the car, as we improve our air quality and progress towards a zero-carbon economy.”

Professor Sir David Eastwood, Vice-Chancellor at the University of Birmingham, said: “We are delighted that the government and WMCA have confirmed their commitment to the upgrade of University Station.

“The development will not only help make the Commonwealth Games a success for Birmingham and the West Midlands, but also provide a University Station that is fit for purpose for our staff, students, visitors and local community. We are proud to be playing a central role in the consortium leading this project.”

Dave Penney, Network Rail’s Central route director, said: This investment supports our commitment to putting passengers first in the West Midlands. With the Commonwealth Games on the horizon, it will transform University into a modern station that will meet the demands of the millions of passengers who use it every year for decades to come.”

The WMCA Board’s approval comes two days after the Department for Transport confirmed its contribution of £12 million towards the scheme.